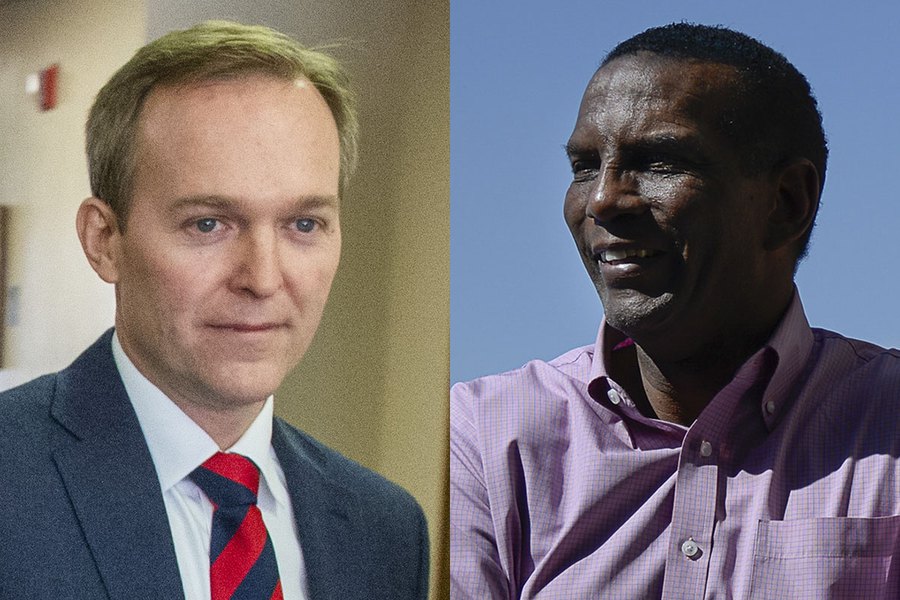 The Utah Debate Commission poll showed McAdams at 47.2% and Owens, a former NFL player, at 36.7%. It was conducted by Lighthouse Research from Aug. 31-Sept. 12 and has a margin of error of 4.38 percentage points.

Nearly 14% of voters say they’re still undecided in the race, which is expected to be one of the most competitive in the country. The candidates and outside groups are spending millions of dollars on advertising in the contest ahead of November’s election. 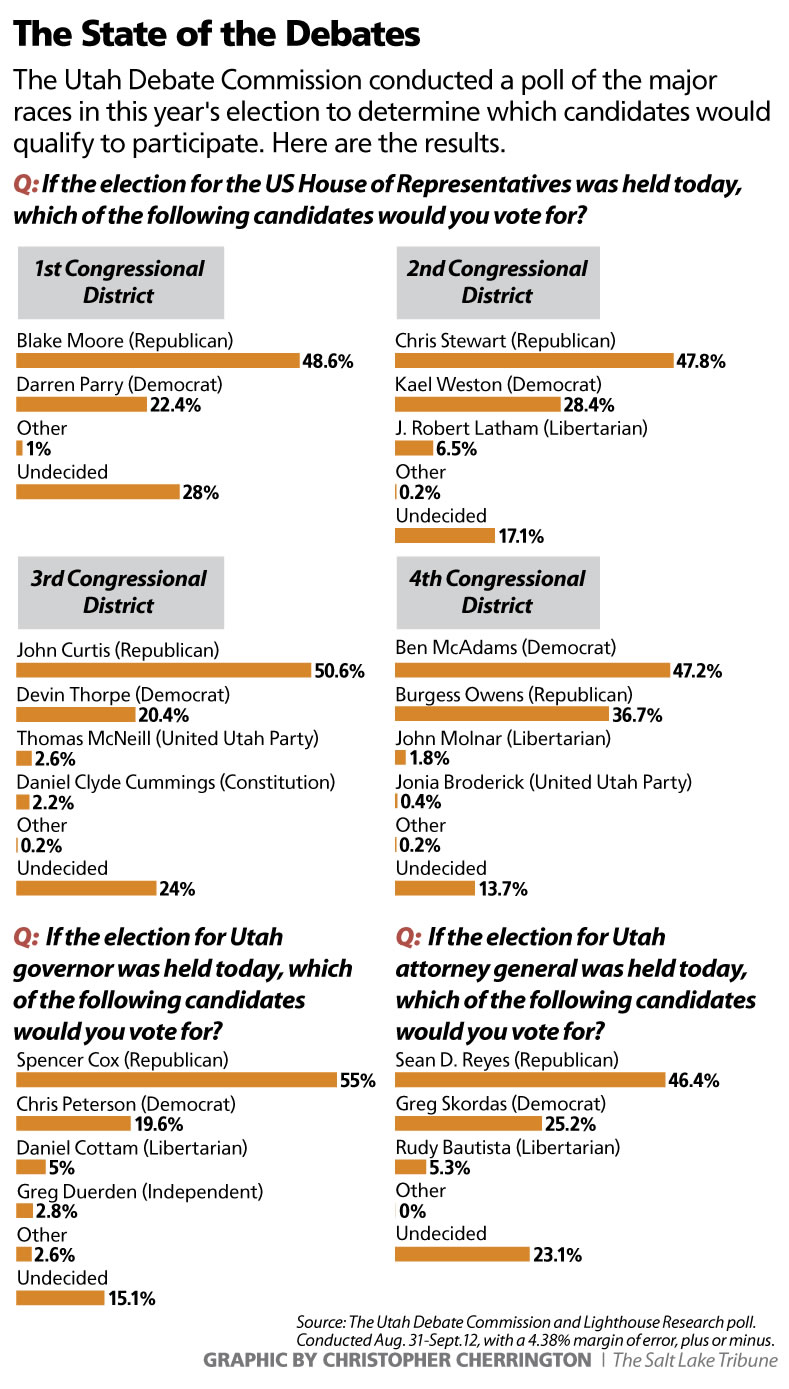 The Utah Debate Commission poll depicts a stronger lead than other surveys have shown for McAdams, who claimed the seat in 2018 in a nail-biter race with Republican incumbent Mia Love, winning by fewer than 700 votes. A new Deseret News/Hinckley Institute of Politics poll conducted Sept. 7-12 and released Monday, for example, showed McAdams up by 4 percentage points, with 45% of the vote compared with 41% for Owens.

That poll of 800 likely voters showed McAdams’ lead just outside the margin of error of 3.5 percentage points. The Utah Debate Commission poll, which is conducted to determine which candidates are invited to participate in its debates, surveyed 500 voters from each congressional district who were drawn randomly from the voter registration list obtained from the Utah lieutenant governor’s office in August.

McAdams’ campaign manager, Andrew Roberts, said in response to the poll that it was “encouraging to see Ben’s record of being an independent voice for Utah is resonating.”

“We know this will be a close race,” he said in a statement, “and Ben will continue to work hard to win voters’ support.”

Owens’ campaign did not immediately respond to a request for comment.

The Utah Debate Commission poll showed Republicans far ahead in every other race polled, including the governor’s contest, where Lt. Gov. Spencer Cox had support of 55% to Democrat Chris Peterson’s 19.6%. In that race, 15% of voters said they’re still undecided ahead of November’s election to replace outgoing Gov. Gary Herbert, who has held the office for a decade.

Even if Peterson, a University of Utah law professor, picked up every undecided voter and the 10% going to third-party candidates, he would trail Cox by 10 percentage points, based on poll results.

Cox’s campaign manager said in a statement that the candidate was “looking forward to both upcoming debate opportunities.”

The poll shows that “Utahns know Spencer is the experienced leader our state needs to ensure Utah recovers from this pandemic stronger and more resilient than ever,” Austin Cox said in a statement. “He will continue to share his message with voters across the state.”

This poll came out in the wake of a national survey conducted by a consortium of universities showing that Utahns’ support for Herbert’s COVID-19 response has been weakening, slipping from 60% in late April to 44% last month.

Peterson, in responding to the poll, criticized the state’s response to the coronavirus and to a host of other issues. He called for a “more balanced government” to take on the state’s challenging issues. And he criticized “decades of one-party leadership” that he said “has left us with underfunded schools, polluted air, predatory lenders, unlimited campaign donations, watered-down ballot measures, and an ineffective response to the coronavirus.”

“The poll that matters is on Election Day,” he continued. “We think the race will tighten as voters investigate candidates. Voters need choices and we are proud to be standing up for the interests of ordinary working Utahns across the state.”

The poll shows Stewart with 48% support, while Weston, who served in the U.S. State Department, picked up 28%. Latham earned nearly 7%, and 17% of voters said they’re still undecided.

Utah’s 2nd District includes the Democratic stronghold of Salt Lake City, but runs all the way to the state’s southern border to include a huge swath of strongly Republican rural areas.

The open 1st District race between Republican businessman Blake Moore and Democrat Darren Parry, the moderate former chairman of the Northwestern Band of the Shoshone Nation, has the most undecided voters of any of the races, at 28%. Still, Moore holds a 26 percentage point lead over his opponent, with 49% support to Parry’s 22% in the contest to replace retiring nine-term Rep. Rob Bishop, R-Utah.

Incumbent Republicans appear to have solid leads in the race for attorney general and the 3rd Congressional District. In the latter race, Rep. John Curtis brought in 50.6% of support to Democrat Devin Thorpe’s 20.4%, with 24% undecided. In the statewide contest, Attorney General Sean Reyes had 46% support, while Democrat Greg Skordas brought in 25%. In that race, 23% of voters said they were undecided.

The last time Utahns elected a Democrat to statewide office was when Attorney General Jan Graham won a second term in 1996.

The Tribune will update this story.

Correction: Updated Sept. 17 at 8:14 a.m. >> A previous version of this story mischaracterized 2nd Congressional District candidate Kael Weston’s background. He served in the served in the U.S. State Department.