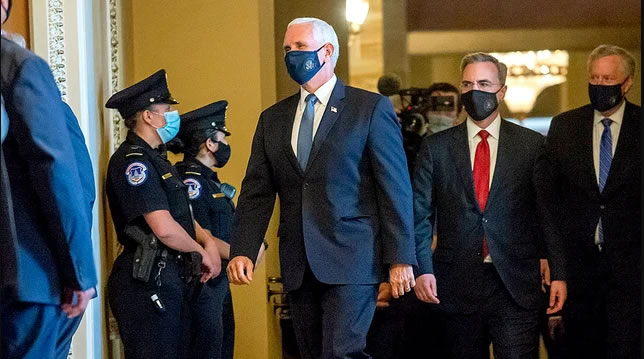 The Commission on Presidential Debates (CPD) confirmed to The Hill that the head-to-head matchup between the two will still take place in Salt Lake City, Utah, on Wednesday. Both Pence and Harris announced Friday morning that they had tested negative for COVID-19.

The University of Utah, which will host the debate, told The Hill that it will mandate that every person wear a mask inside the security perimeter “at all times” during the debate except for Pence, Harris and the debate’s moderator, Susan Page of USA Today.

The university is also requiring “every single person to receive a negative COVID test” before entering the perimeter, spokesperson Shawn Wood told The Hill. Tests are being conducted on campus by the university’s hospital, and results typically take roughly 12 hours to be returned.

Both the White House and Trump campaign indicated Friday that Pence will continue going about his official and campaign duties as planned after he received his negative test results.

Pence’s physician said Friday that he does not need to quarantine after Trump’s diagnosis because the vice president is not considered a “close contact.”

The Trump campaign said in a separate statement that Pence will still attend his scheduled events.

Pence was last seen with Trump on Monday at a White House event touting the administration’s progress on COVID-19 testing, though he used a separate lectern from Trump to give his remarks.

The president announced early Friday that he and first lady Melania Trump had tested positive for COVID-19 and they would begin quarantining in the White House “immediately.” He is experiencing mild symptoms, though he has not appeared on camera or made any other public remarks since he announced his diagnosis.