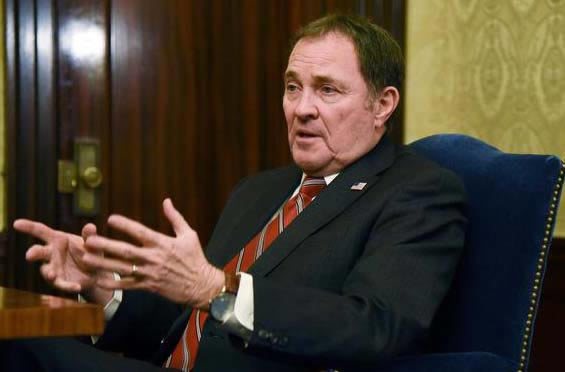 SALT LAKE CITY – Since the early days of campaigning in the mid-summer GOP primary, Lt. Gov. Spencer Cox has labeled any criticism of his role in the state’s coronavirus response as attempts to “politicize the pandemic.”

But now a state audit has confirmed the validity of recent criticism of Cox and the COVID-19 task force by Democratic gubernatorial candidate Chris Peterson.

“We’ve spent almost $100 million and still don’t have this virus under control,” Peterson charged during a Sept. 29 candidate forum sponsored by the Utah Debate Commission. “And we’re closing low-income health clinics in Ogden, Provo and Salt Lake that could be used to fight the pandemic. We’ve wasted money on a useless cell phone app and on medicines of dubious value. We need better leadership on this virus.”

The price tag of Utah’s coronavirus response so far has actually been more than $108 million, according to a 33-page study of that effort released by state Auditor John Dougall on Wednesday. The audit also confirmed some of Peterson’s criticisms.

Overall, Dougall’s audit concluded that the COVID-19 pandemic caught state officials off-guard and their lack of preparedness resulted in millions of dollars being allocated to no-bid contracts without due diligence or even proper authorization.

The study also concluded that the effectiveness of the state’s pandemic response was hampered by well-connected businesses that obtained lucrative contracts to assist the Utah task force and then failed to deliver promised goods and services.

Dougall also cited the Governor’s Office of Management and Budget for having inappropriate influence over decision-making during the pandemic without adequate consultation with public health experts.

Gov. Gary Herbert spent much of his weekly COVID-19 press conference on Thursday trying to ease the sting of the audit’s conclusions.

“We didn’t do enough beforehand,” the governor acknowledged. “Now we have people wondering if we’re over-reacting. The truth is probably somewhere in the middle.

“There was some failure of communications between agencies and individuals,” he added. “Communication was a problem because we were in the ‘fog of war’ at that time (early in the pandemic). But everyone was working in good faith to try to find solutions to an unprecedented challenge.”

During his gubernatorial campaign, Peterson has repeatedly criticized the state for failing to provide adequate supplies of personal protective gear for frontline workers fighting the pandemic. The state audit cited that failure as a major example of Utah’s lack of preparedness for the coronavirus outbreak.

Despite a 2007 recommendation from the Governor’s Task Force for Pandemic Influenza Preparedness that state officials and local health care systems should stockpile PPE supplies, Utah had only a two-day supply of those materials on-hand when the coronavirus outbreak began in mid-March. That supply shortage forced Utah to compete for protective equipment in the global marketplace, resulting in wildly inflated costs.

Among other missteps specifically cited by the state audit was the $800,000 purchase of the controversial drug hydroxychloroquine. Auditors found that the purchase was not authorized by the Utah Department of Health and occurred while medical experts were still debating the effectiveness of the anti-malaria remedy.

The auditors also questioned the wisdom of a $6.3 million contract for the development of the Healthy Together app, which was intended to facilitate COVIOD-19 contact tracing. The state failed to conduct any meaningful cost analysis to determine whether the price of the digital tool was reasonable, they concluded, especially since another Utah-based firm offered similar service for free.

In response to the audit, organizations advocating government transparency have joined Peterson in questioning Utah’s reputation as the best-managed state in America.

“This audit reveals a number of serious flaws in how Utah leaders have managed the COVID response,” according to a statement released by Chase Thomas, the executive director of the Alliance for a Better Utah.

“This administration’s missteps are costing our state dearly in terms of lost lives, shattered health, failing businesses and wasted taxpayer funds,” he charged.

Peterson will compete with Cox to replace Herbert as governor in the November general election.