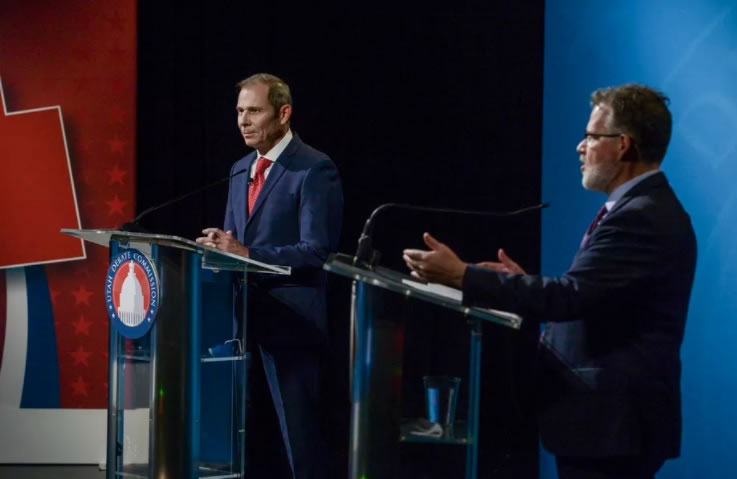 SALT LAKE CITY — There was friction Thursday between Rep. John Curtis, R-Utah, and Devin Thorpe, his Democratic challenger in the 3rd Congressional District, over a range of issues including the Affordable Care Act during their hour-long Utah Debate Commission exchange.

Curtis insisted there will be no repeal of the decade-old health care law also known as Obamacare without a replacement being ready, something congressional Republicans and President Donald Trump have yet to produce despite multiple failed attempts at a repeal.

“This ship has sailed. Republicans tried to repeal. It was unsuccessful. That question is totally off the table,” said Curtis, a former Provo mayor who has held the 3rd District seat since replacing former Rep. Jason Chaffetz in a special election three years ago.

If a repeal somehow does come up again, Curtis said he wouldn’t support it unless there was a replacement. 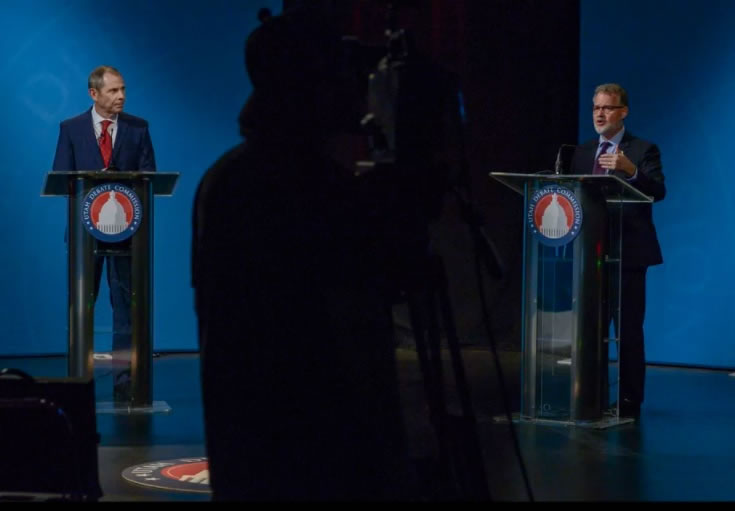 Thorpe said the question of covering the cost of the federal health care program “is of relatively little importance to me because I want to know who the expendable people are. People are literally dying because of a lack of health insurance. Show me the expendable ones and then let’s have a talk about how we pay for it.”

The author sparked a strong response from Curtis by claiming the congressman had voted for preexisting conditions to no longer be covered. Curtis said it makes him “very, very angry” to hear what he termed “an absolute fabrication and lie,” that Republicans don’t want to protect that portion of the law.

“I don’t know a Republican, including the president of the United States, who has any intention of killing preexisting conditions. Let’s face it. Democrats won on this one. It was one of the things in the original Affordable Care Act that we have to admit was good,” he said. “But they can’t just take the victory lap.”

Thorpe pressed Curtis about his support of past legislation intended to protect coverage for preexisting conditions, saying there were loopholes. He said he and his wife, a diabetic since childhood, had to manage their careers for decades around her disease and that it is “absolutely, vitally essential that we protect” preexisting conditions coverage.

Curtis shot back, “I’ve just got to say, Devin, if you want to be the type of politician that you say you want to be, you cannot cherry-pick a bill, go down deep inside and find one provision that I oppose in a bill that had tons of bad provisions and somehow make the conclusion that you know how I feel about an issue.”

The pair also sparred over whether Curtis’ support of climate change was reflected in his voting record. Thorpe said actions speak louder than words, but Curtis said the environmental legislation he didn’t back amounted to “message bills” from Democrats that were drafted without GOP involvement to make a statement.

They did agree in some areas, such as the portion of the Navajo Nation in Utah being especially hard-hit by the coronavirus pandemic and requiring additional assistance. There was agreement too that foreign governments have interfered in U.S. elections.

However, Curtis said his work on the House’s China task force has made it clear the interference has been happening “far longer” than the 2016 presidential election. “If you think Russia is the only one meddling in our elections, if you think President Trump is the only one that’s trying to be benefited … you’re absolutely wrong.”

Thorpe said the interference is continuing and “that’s scary to me and it should be scary to everyone to think about foreign actors working to harm our election cycle.” Referring to evidence that surfaced in the president’s impeachment hearings about Russia and Ukraine, he called it “critically important” to vote Trump out of office.

Both candidates previously belonged to their opponent’s political party.

Curtis said he became a Democrat for a time after deciding the “dominance of the Republican Party” was unhealthy for the state. But he said he identifies “far better” with GOP values and is concerned about the left’s “disturbing trends” toward socialism.