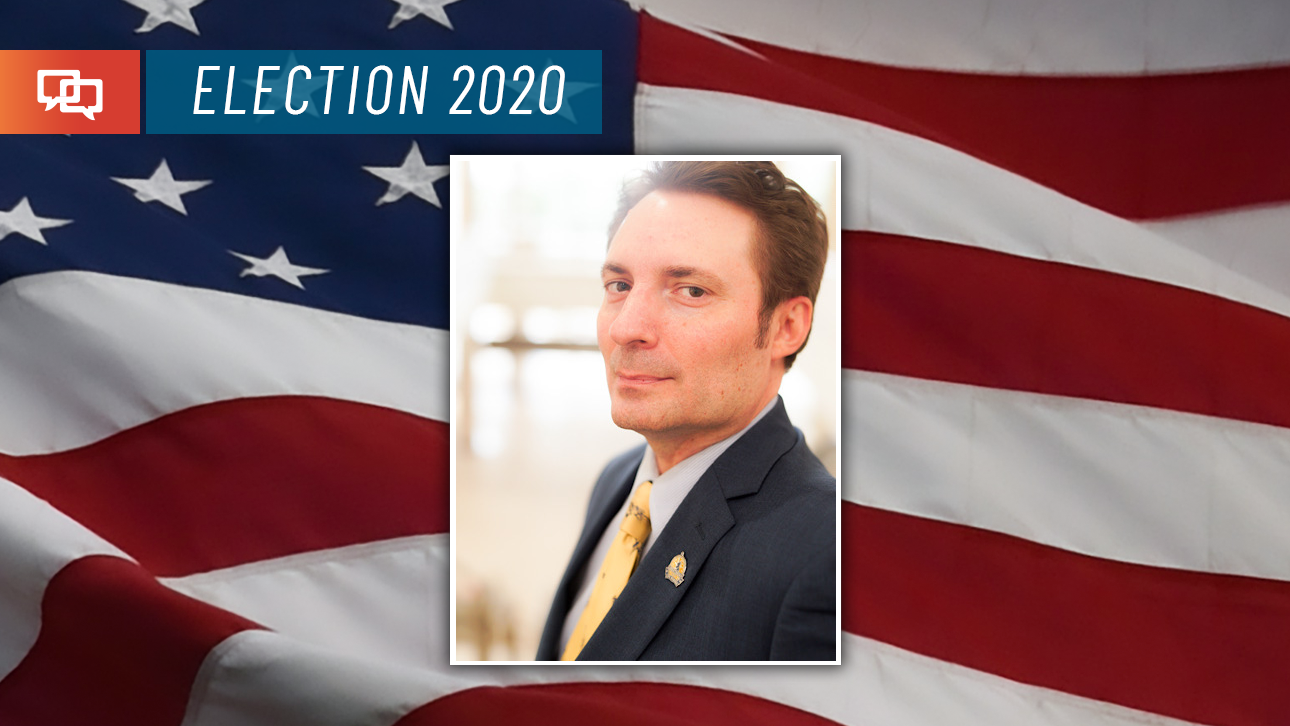 Latham is running against Republican incumbent Rep. Chris Stewart and Democratic challenger Kael Weston. He previously represented the Libertarian Party as the running mate of gubernatorial candidate Ken Larsen in 2012.

A Utah native, Latham graduated from the S.J. Quinney College of Law at the University of Utah. He has lived in St. George for the past 11 years and previously resided in Salt Lake City and Bountiful, all of which fall within the boundaries of the 2nd Congressional District. As an attorney, he represents respondents to state petitions, primarily in criminal cases and parental dissents.

While a law student in the summer of 1993, Latham worked in the office of Sen. Orrin Hatch during the nomination and confirmation of Ruth Bader Ginsburg to the Supreme Court.

“I have done advocacy work on behalf of organizations and know my way around legislative committees and helping get laws changed and improved,” he said.

It was Latham’s experiences on Capitol Hill and work in corporate public relations that inspired a shift away from major party politics to embrace libertarianism.

That’s what really disillusioned me with the incumbent parties

“I started realizing how corporations manipulate the system and use it to their advantage, and the disadvantage of consumers,” he said. “That’s what really disillusioned me with the incumbent parties. I began to realize that the Libertarian Party was a holistic, moral and ethical way of looking at how to solve problems in our world.”

Why do you think you’re the right candidate for the job and what issues are most pressing to you?

Latham said his candidacy offers an alternative to what he views as the “incumbent party duopoly” that has marginalized the voices of minority voters who don’t align with either the Republicans or Democrats.

“I think it’s pretty apparent that the people currently making the decisions are not serving us very well,” he said. “The system is not going to fix itself; the system protects the system. In order to dismantle that system, you will need to vote differently.”

In addition to term limits for elected officials, Latham proposes service limits for government employees at the federal, state and local levels.

“Your public service, you can do that for a certain period of time – maybe five years, for example; then you’re gone,” he said. “That way, we end the careerism and a lot of the other problems that unfortunately characterize the common bureaucratic class these days.”

Latham advocates for the abolition of intellectual property laws, which he believes will benefit consumers by making products more affordable and encourage invention without fear of patent infringement.

“The idea is that if you create something, you should be entitled to profits from it, but not monopoly profits or excessive profits,” he said, referring to the difficulty states experienced in obtaining N95 respirators near the beginning of the pandemic due to 3M’s ownership of the patent.

Additionally, Latham supports replacing the current electoral process with proportional representation, a system employed by many democracies around the world. He cited elections in Australia and Ireland as examples, wherein voters rank all the candidates in order of preference. Each party then secures the percentage of legislative seats corresponding to the percentage of votes they received.

“I think that would make our elections both more competitive and more representative,” he said. “You still have majority rule, but with proportional minority representation. I think those newer perspectives can help inform our debates and our discussions and our problem-solving.”

Who are you supporting for president and why?

Latham describes himself as a “platform Libertarian” with every intention of voting for his party’s presidential candidate, Jo Jorgensen. He met with her running mate, Jeremy “Spike” Cohen, during a recent visit to Utah.

“I’m very excited about her candidacy and I have contributed to her campaign,” he said. “I am wholeheartedly supporting the Libertarian presidential ticket.”

With people struggling financially as a result of the pandemic, what, if any, kind of federal financial aid packages do you support?

Latham said he disagrees with actions taken by the government to infuse the economy with trillions of dollars of not found money, but funny money: “The problem with conjuring up funny money out of thin air is that it distorts market signals and puts off a day of reckoning for what we all need to do to cope with this new reality that we’re in.”

The stimulus packages passed by Congress over the past several months may have given people a false sense of security rather than thinking of long-term, sustainable solutions amidst economic uncertainty, Latham said. With the government acting unpredictably, it has become difficult for Americans, particularly business owners, to make the best decisions for their future as the country tries to recover from the chaos of the pandemic.

“Unfortunately, I think the federal government has really made a mess of things, and it’s very concerning to me how we’re basically going to undo the major distortion that they have created,” he said. “They’ve exacerbated the crisis rather than helped solve it going forward.”

What are your thoughts for or against the proposed Northern Corridor in Washington County?

The proposed highway would cut through a part of the Red Cliffs National Conservation Area with the intention of alleviating future traffic congestion. Latham said the owners hold the responsibility for determining the best use of the land – whether that’s maintaining its aesthetic value and natural state or using it to serve the community’s needs as growth continues.

Latham encouraged Utahns to research his campaign and the Libertarian platform before they drop off their ballots or enter the voting booth. Surveys have suggested that as many as 25% of Americans identify with the values of libertarianism, he said, but only a fraction are involved with – or aware of – the Libertarian Party.